Coffee became part of the Bedouin culture as the caravans transported the coffee from Aqaba to Iran and Irak. The Arabica coffee originated from Yemen and was transported to Aqaba by boat. At that time, Jordan was an important coffee trading country. In this blog, we want to share some secrets with you about Bedouin coffee.

#1 Bedouin coffee: a way of life

During holidays like Eid, weddings, and periods of mourning, we serve coffee frequently. For us, Bedouin coffee is more than just a drink. It is a symbol of hospitality and trust. Offering a cup of coffee to someone and having it accepted shows mutual goodwill. It also plays an essential role in our way of doing business, negotiating, and discussing marriage. For example, if one of us has a problem with another person, the family goes to the other person’s family to resolve the dispute. When the host asks them to drink coffee, it means the problem is solved.

We have two types of coffee:

The sugar is added during the preparation process. So, if possible, inform your host upfront about your wishes.

The coffee is served in small quantities in small cups with no handles. You can have three cups of coffee. The first cup is for the soul, the second is for the sword, and the third is because you are the guest. If you want a refill, hand your cup to your host. In case you had enough, shake the cup before giving it to your host. Even if you are no coffee fan at all, be polite and sensitive to the local traditions. And accept at least one cup if your host offers it.

Did you know that famous coffee brands share information about Bedouin coffee? Have a look at the side of Lavazza. They have a special section for history and coffee culture.

Bedouin tea, much more than just a cup of tea 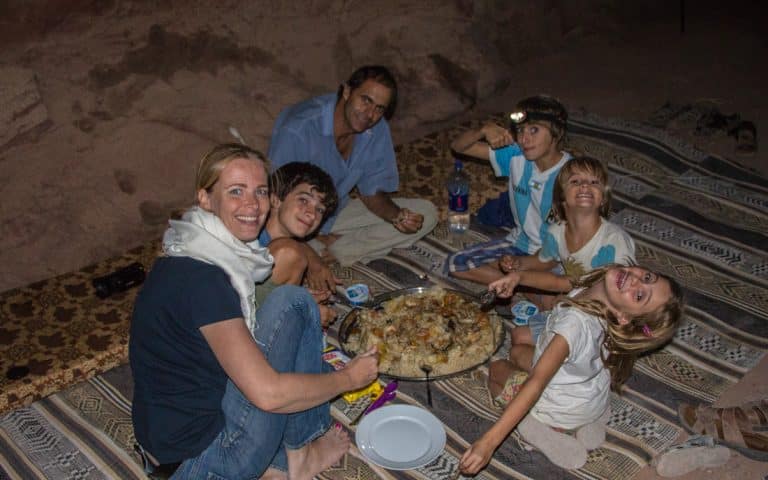 Magloubah: the delicious upside down dish 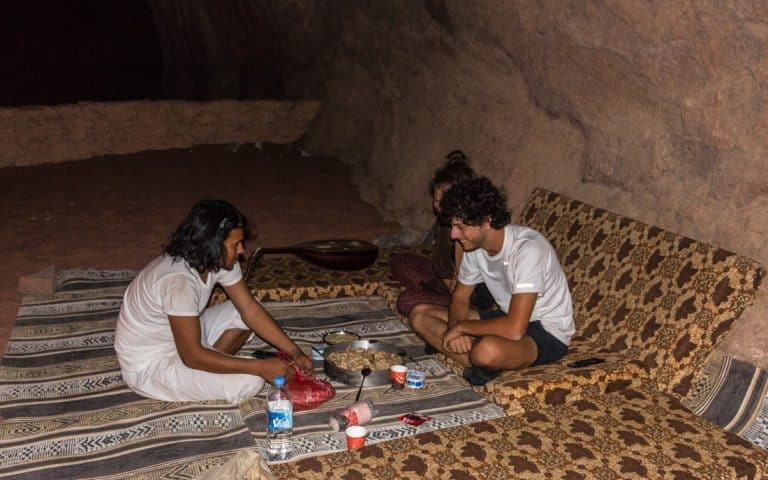